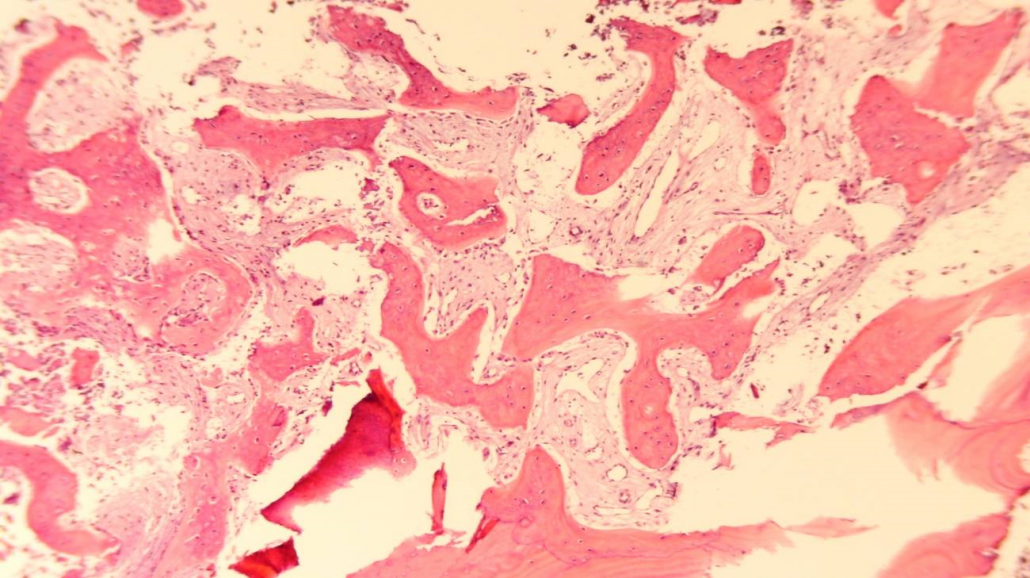 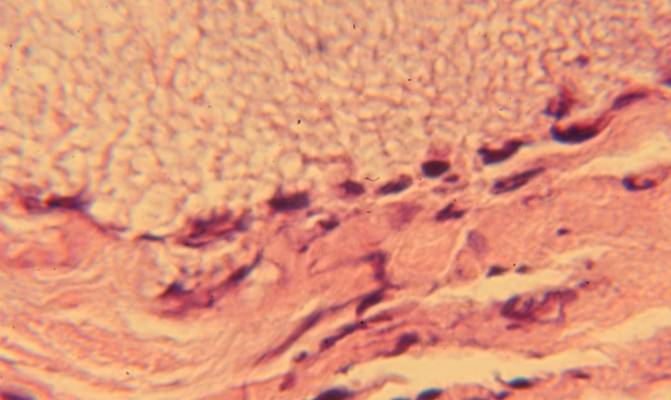 OsseoConduct™ βTCP 5 weeks after grafting with no inflammation in the tissue.

Allografts and BioOss are the most common bone grafts that produce mineralization via inflammation resulting in sclerotic bone. BioPlant produces considerable inflammation, but it is not clear what the mechanism is for mineralization. All growth factors on the market are actually allografts. Growth factors are large complex proteins that were originally derived from an individual and then copied to produce a recombinant growth factor. Everyone’s growth factors are different and recognized by the host immune system therefore recombinant growth factors produce an immune response by the host. Recombinant growth factors are known to produce significant swelling and inflammation as a result of host recognition of the foreign protein. Collagen is either an allograft or a xenograft. In order for collagen products to be resorbed, the immune system of the host has to attack it. Bone grafts that contain foreign proteins will elicit an inflammatory response depending on how the donor and host tissue match immunologically. The concept that foreign proteins from the donor stimulates bone formation has been proven false.

At this time, proponents of allografts and xenografts contend that these grafts form bone through the process of osteoconduction. However, our study at SteinerBio paints a different picture. The following photomicrograph shows the tissue taken from a socket 7 weeks post extraction that had been grafted with an allograft. This photo shows small areas of mineralization forming on the allograft particles. Since osteoconduction is a process of bone growing in from the periphery, isolated areas of mineralization do not fit that model and disproves osteoconduction as a method of mineralization for allografts. You can see in the following photograph there is intense inflammation that appears to be associated with the graft particles. The inflammatory cells were identified as cytotoxic T cells, which are involved in the process of organ rejection. This inflammatory infiltrate makes it very unlikely that osteoblasts are involved in this mineralization process. 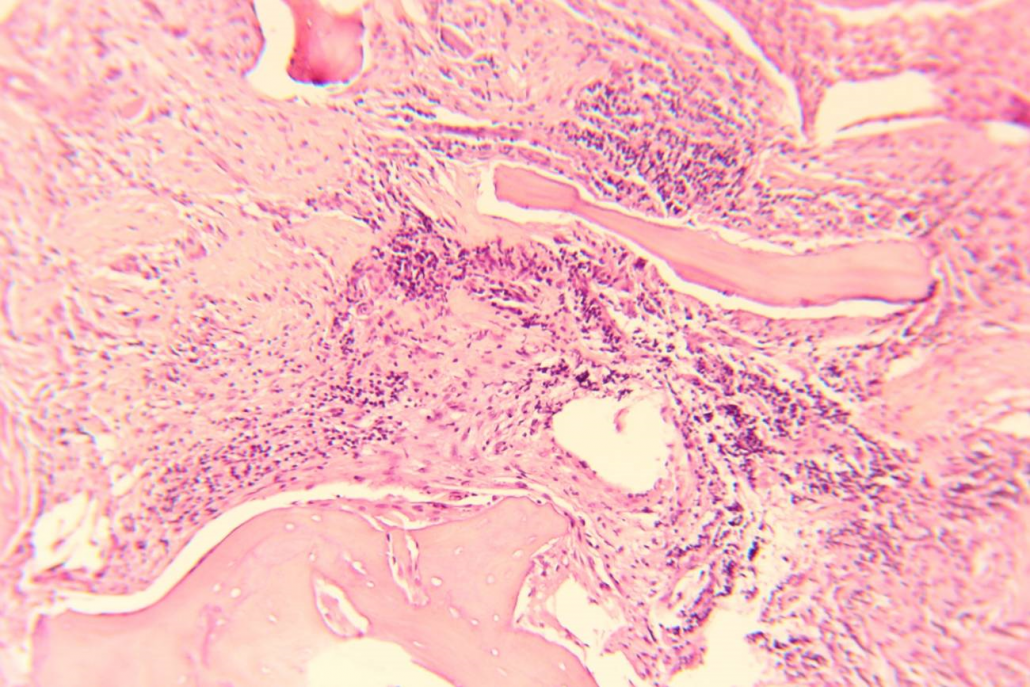 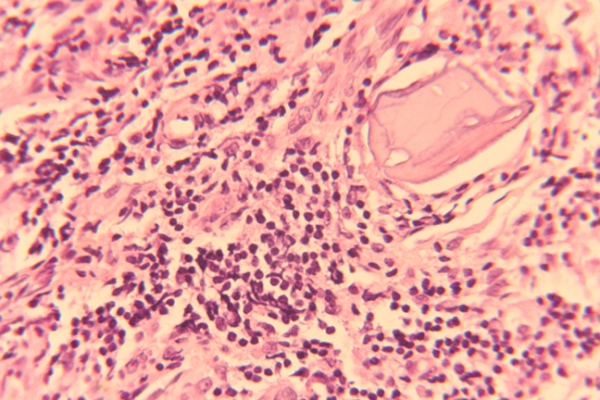 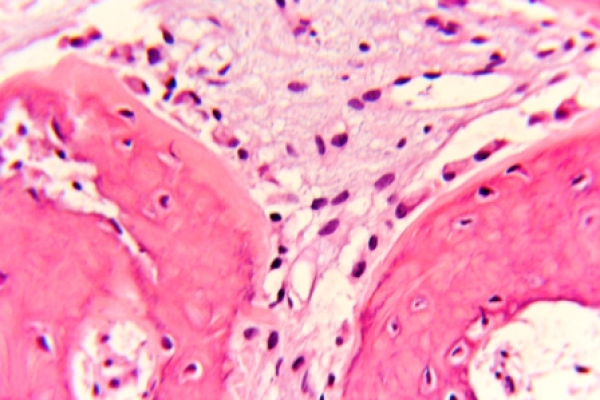